After fifteen years living in a 1970s traditional style house in a older neighborhood, we decided to downsize. (More on that later.) This house represented 15 years of blood, sweat, and tears. Renovating and remodeling and making it our own. Along the way we raised three amazing young men who are making lives of their own with our youngest recently married.

These pictures were taken in about 5 minutes on my phone to sell our house. We were already under contract with our new house and had to sell this quick. The house across the street was having an open house in three days and we wanted it listed and open for that. Whew! House sold in less than a week and the roller coaster ride began! 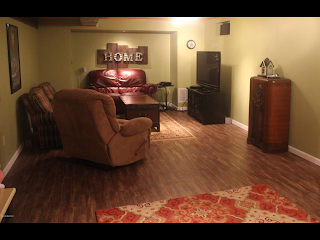 My biggest challenge is to learn how to take better pictures!

A lot has been happening since we moved into our #1951renovation house.
This weekend I tackled the main floor bathroom. Here is a picture of what it looked like when we bought the house.

The previous owner used top of the line custom cabinets and finishes. However she also made some odd choice. In this bathroom is all of the 'cubbies' at the top at the ceiling. There is one over the door as well. There are NO towel bars/rings and nothing to hold toilet paper. Seriously was a bit strange.

So my first mission was to tear down the cubbies and all the shelves. Harder than it looked! We got some down and finally called the contractor that installed them to get the rest down. 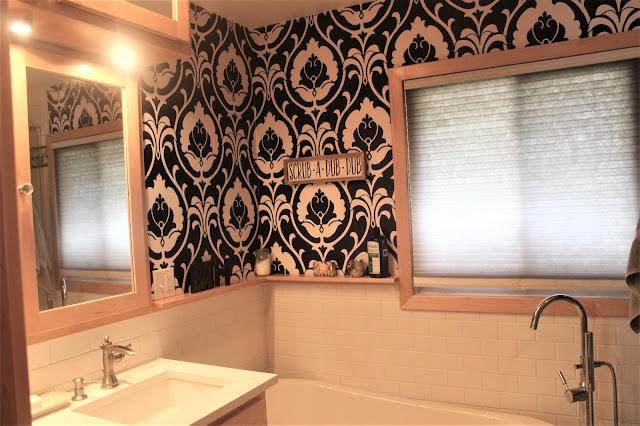 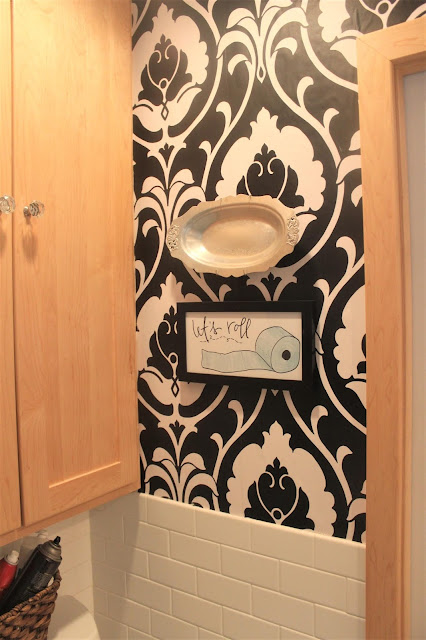 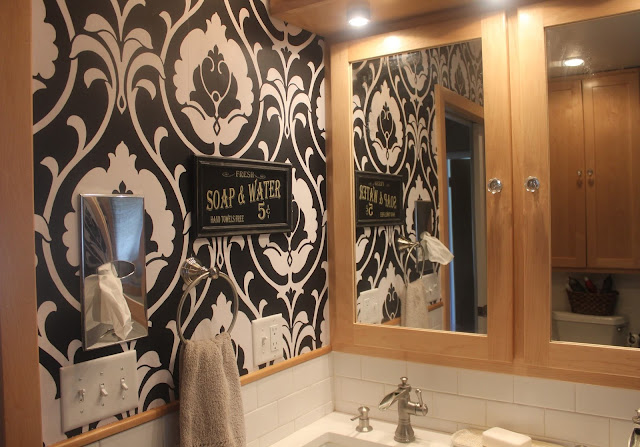 Super happy with how it turned out. The craziest part? This is NOT the wallpaper I intended to order but boy do I love it! 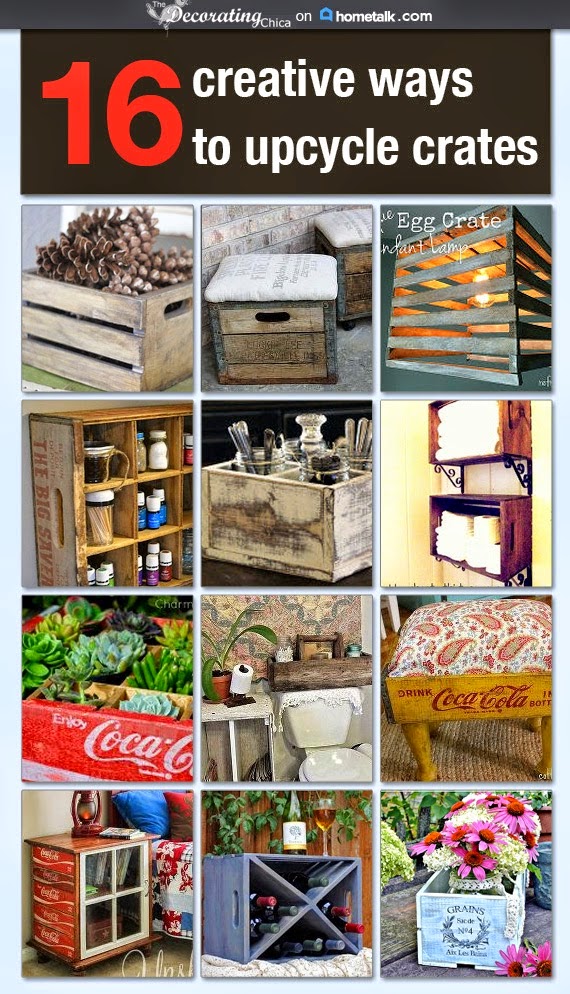 It's okay to be a Linky follower...

Join me on Hometalk 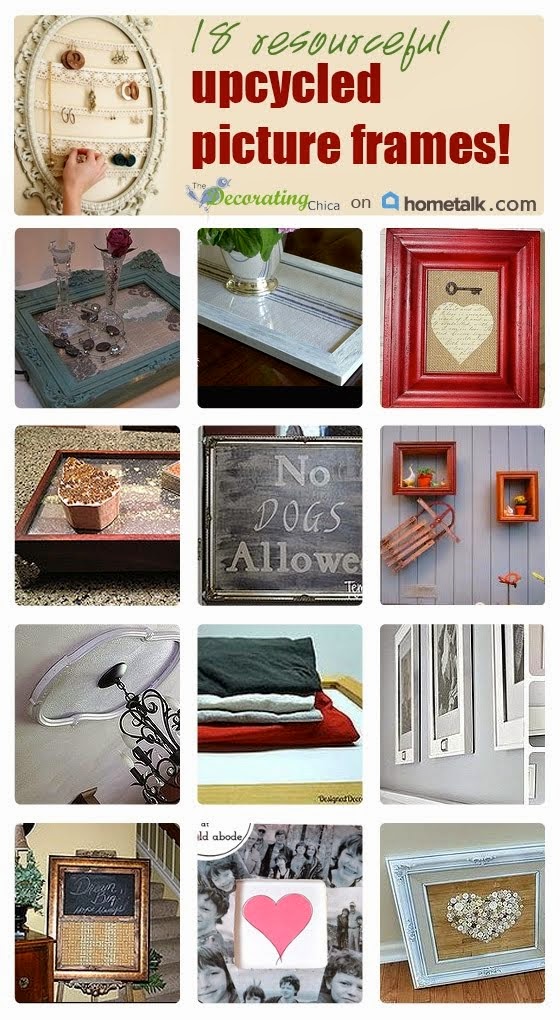